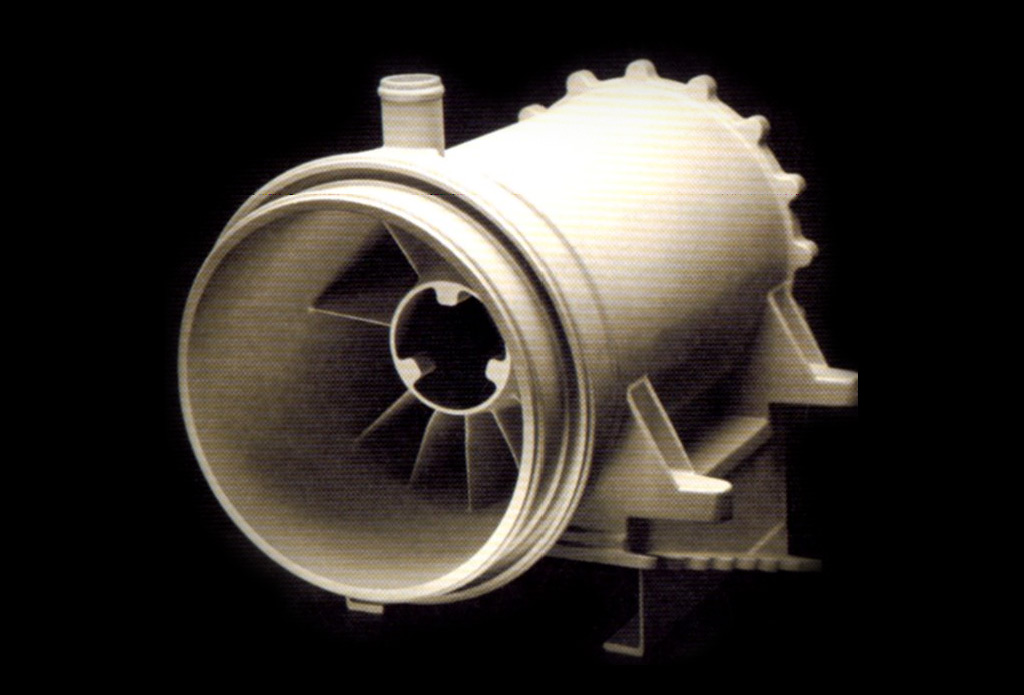 Investment Casting the only Process that made sense for Uni-Cast, Winner of Military Equipment Award

Sometimes investment casting is the only manufacturing process that makes sense. Such was the case with the winner of the military equipment award in the Investment Casting Institute’s 2006 Casting Contest.

Cast by Uni-Cast of Londonderry, NH, the aluminum alloy (A356-T6) fan housing measures approximately 15″ x 14.75″ x 12.25″ and was manufactured utilizing a stereolithography (SLA) pattern.  It is ultimately used in a ﬁltration system for an expeditionary fighting vehicle.

The part is unique because of its complexity. The wall thickness ranges from 0.090″ to 1.100″ and with many thick sections is poses a challenge for gating and feeding.  In addition, there is a complex set of blades located on the inside of the part.